What your brand is called goes a long way in how your business is perceived. The most admired businesses had to change their name at some point as a result of various reasons such as business strategy, growth, trademark issues, expansion, recalibration, rebranding etc. Here are 7 technology brands that changed their names:

The Apple Computer Company was founded as a business partnership by Steve Jobs, Steve Wozniak, and Ronald Wayne on April 1st, 1976. In his autobiography, iWoz: Computer Geek to Cult Icon: How I Invented the Personal Computer, Co-Founded Apple, and Had Fun Doing It, Wozniak writes about the initial partnership: 1

Eventually Steve, Ron, and I figured out a partnership agreement that started Apple and included all three of us. Steve had 45 percent, I had 45 percent, and Ron got 10 percent. We both trusted him as someone who’d be able to resolve arguments.

The company was incorporated as Apple Computer, Inc. on January 3, 1977, when Wayne left and sold his shares to Wozniak and Jobs for $800. Mark Markkula invested $250,000 to become a third partner and employee number 3. 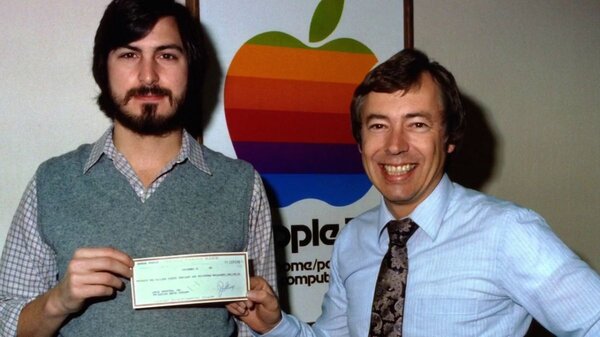 In Walter Isaacson’s Biography of Steve Jobs 2, He writes:

“Markkula offered to guarantee a line of credit of up to $250,000 in return for being made a one-third equity participant. Apple would incorporate, and he along with Jobs and Wozniak would each own 26% of the stock. The rest would be reserved to attract future investors.”

Today we’ve added to the Mac and the iPod we’ve added Apple TV and now iPhone and you know the Mac is the only one that you really think of as a computer right and so we thought about this and we thought you know maybe our name should reflect this a little bit more than it does so we’re announcing today we’re dropping the computer from our name and from this day forward we’re going to be known as Apple incorporated to reflect the product mix that we have today.

In Walter Isaacson’s Invent and Wander: The Collected Writings of Jeff Bezos 4, he narrates how Amazon.com was founded and named:

Bezos came across the statistic that the web had been growing by more than 2,300 percent each year. He decided that he wanted to get aboard that rocket, and he came up with the idea of opening a retail store online, sort of a Sears catalogue for the digital age.

In his book, The Everything Store: Jeff Bezos and the Age of Amazon 4, American journalist Brad Stone describes the business name brainstorming that went into naming Amazon.com. He writes:

“In the beginning, they knew they needed a better name. The magical allusions of Cadabra Inc., as Todd Tarbert, Bezos’s first lawyer, pointed out after they registered that name with Washington State in July of 1994, were too obscure, and over the phone, people tended to hear the name as Cadaver. So later that summer, after renting a three-bedroom ranch house in the East Seattle suburb of Bellevue, Bezos and MacKenzie started brainstorming. Internet records show that during that time, they registered the Web domains Awake.com, Browse.com, and Bookmall.com. Bezos also briefly considered Aard.com, from a Dutch word, as a way to stake a claim at the top of most listings of websites, which at the time were arranged alphabetically.”

“Bezos and his wife grew fond of another possibility: Relentless.com. Friends suggested that it sounded a bit sinister. But something about it must have captivated Bezos: he registered the URL in September 1994, and he kept it. Type Relentless.com into the Web today and it takes you to Amazon.” 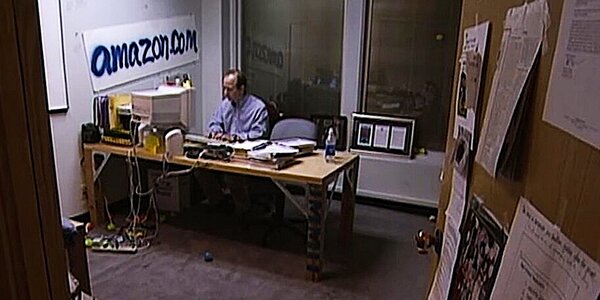 Bezos told the lawyer he wanted to call the new company Cadabra, as in the magical incantation “abracadabra.” The lawyer responded, “Cadaver?” Bezos unleashed his trademark boom of a laugh and realized he would need to come up with a better name. He eventually decided to name what he hoped would be the Earth’s largest store after the Earth’s longest river. 4

Google began as a research project by Larry Page and Sergey Brin while they were both PhD students at Stanford University in California. They called their algorithm PageRank; because it determined a website’s relevance by the number of pages, and the importance of those pages that linked back to the original site.

”Working from their dorm rooms, they built a search engine that used links to determine the importance of individual pages on the World Wide Web. They called this search engine Backrub. Soon after, Backrub was renamed Google. The name was a play on the mathematical expression for the number 1 followed by 100 zeros. 5

“That’s why Page called his system BackRub. “The early versions of hypertext had a tragic flaw: you couldn’t follow links in the other direction,” Page once told a reporter. “BackRub was about reversing that.” (How Google Works 6)

They restructed Google on October 2, 2015, and became known as Alphabet Inc., which is the parent company of Google and its other subsidiaries such as YouTube, Gmail and others. On the restructuring of the brand, the founders said: 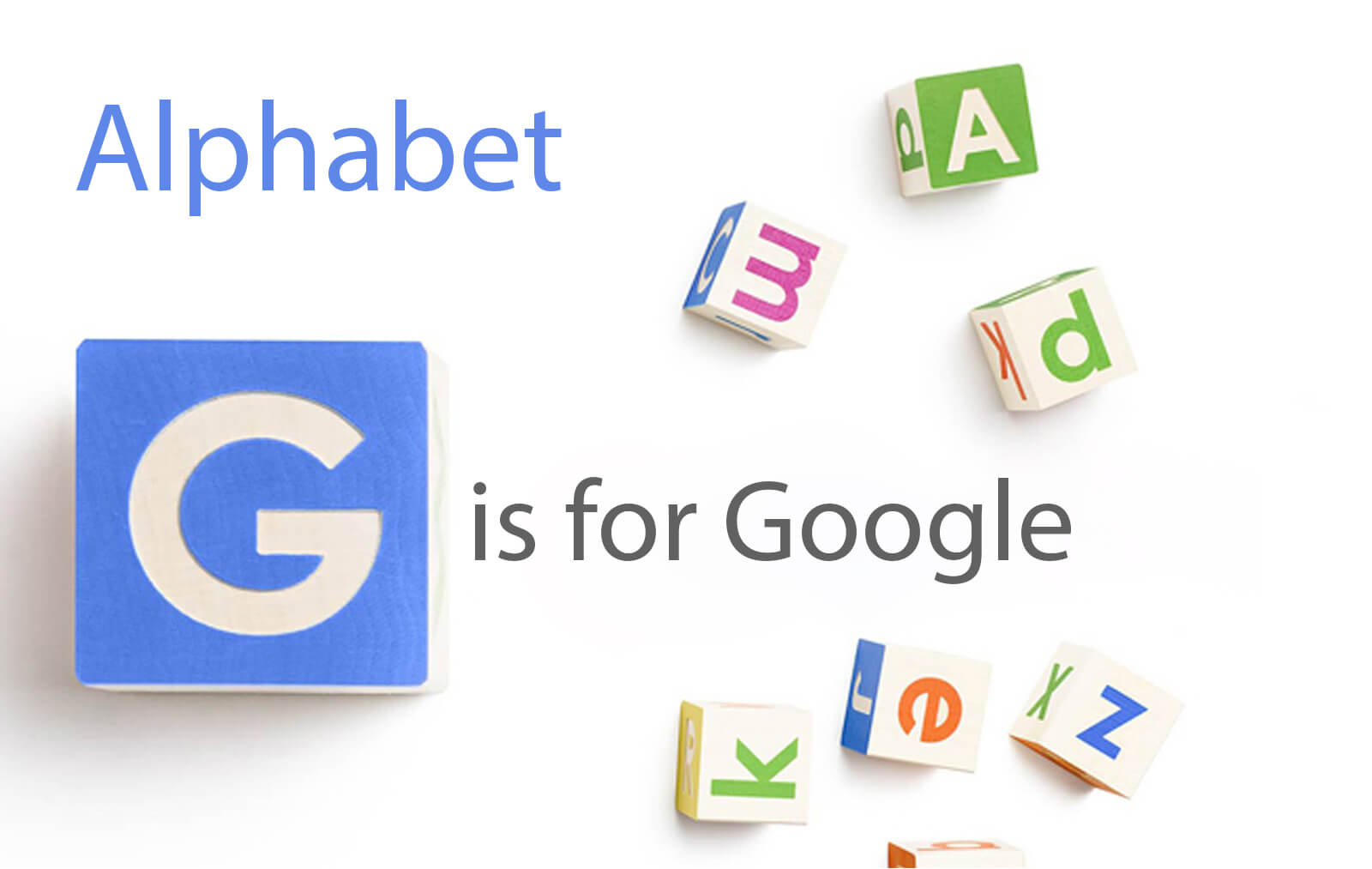 “For Sergey and me this is a very exciting new chapter in the life of Google—the birth of Alphabet. We liked the name Alphabet because it means a collection of letters that represent language, one of humanity’s most important innovations, and is the core of how we index with Google search! We also like that it means alpha‑bet (Alpha is investment return above benchmark), which we strive for!”

Meta formerly Facebook is a social network platform founded by Mark Zuckerberg and his fellow Harvard University roommate and colleagues: Eduardo Saverin, Andrew McCollum, Dustin Moskovitz, and Chris Hughes. They started out as FaceMash on October 28, 2003 and the name was changed to TheFacebook on February 4, 2004.

FaceMash was a “Am I Hot or Not? website” for Harvard students.

“A Web site where you compared two pictures of undergraduate girls, voted on which one was hotter—then watched as some complex algorithms calculated who were the hottest chicks on campus” The Accidental Billionaires - Ben Mezrich 7

“Thefacebook is an online directory that connects people through social networks at colleges.” In March 2004, they expanded the service from Harvard to Stanford, Columbia, and Yale.

On August 2005, after buying the facebook.com domain name for $200,000; the company officially changes its name to Facebook from thefacebook.com. 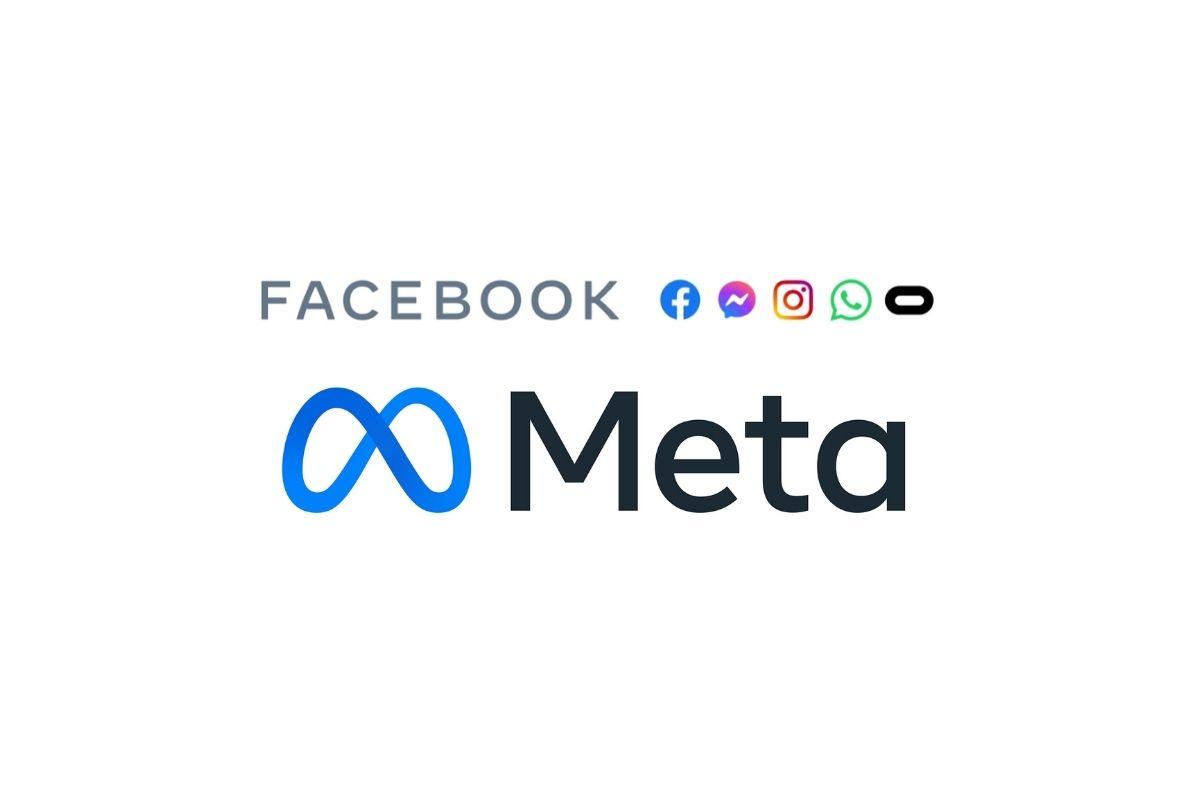 g student Mike Lazaridis and University of Windsor engineering student Douglas Fregin. The company was set up as an electronics and computer science consulting business based in Waterloo.

One of their first projects was a local area network that ran industrial displays. Near the end of Lazaridis’s senior year, they landed a $600,000 contract to build a similar network for General Motors. A few weeks shy of his graduation, Lazaridis left school to focus full-time on the company.

The BlackBerry was one of those innovations that not only became popular but changed the way organizations operate. Some of the most powerful people in business and politics run their lives with this device. RIM went public in 1997 and is one of Canada’s most admired technology companies. - Founders at Work, Jessica Livingston 8

On January 30, 2013, at the BlackBerry 10 launch event in Manhattan, New York; the CEO of Research in Motion Thorsten Heins announced the rebranding of RIM to Blackberry. 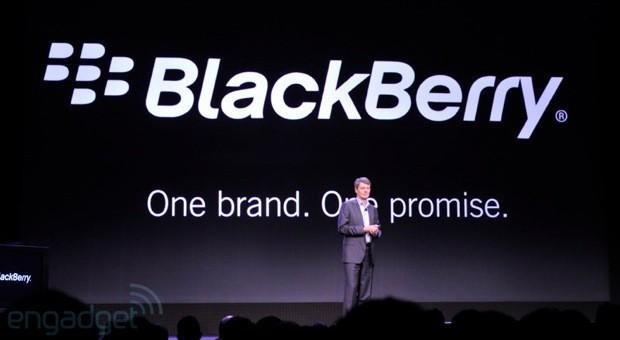 PayPal was founded in December 1998 by recent college grad Max Levchin and hedge fund manager Peter Thiel. The company went through several deas, including cryptography software and a service for transmitting money via PDAs, before finding its niche as a web-based payment system. (Founders at Work, Jessica Livingston). 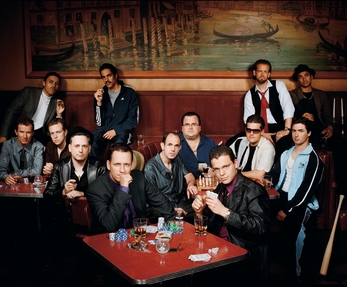 “The PayPal we know today resulted from the fusion of two companies. One—originally called Fieldlink and renamed Confinity—was founded in 1998 by two unknowns, Max Levchin and Peter Thiel. In the course of finding itself, Confinity built a framework linking money to email, a service dubbed “PayPal” that found an enthusiastic audience on the auction website eBay.
But Confinity wasn’t the only company working on digital payments. Fresh off the sale of his first start-up, Elon Musk had founded X.com, a company that also helped users email money.

“Confinity and X.com fought fiercely over eBay market share, a contest that raised the competitive ire of both teams and ended in a fractious merger. (The Founders: The Story of Paypal and the Entrepreneurs Who Shaped Silicon Valley, Jimmy Soni)

PayPal went public in early 2002 and was acquired later that year by eBay for $1.5 billion

The company is renamed PayPal with a simple but revolutionary idea: To create the world’s first digital payment platform, making money work better, faster and easier than ever.

French-born Iranian-American computer programmer Pierre Omidyar founded AuctionWeb in California on September 3, 1995. Omidyar had started AuctionWeb as a hobby project over Labor Day long weekend. In his book about the founding of eBay, The Perfect Store: Inside eBay, American Journalist and former assistant editorial page editor of The New York Times. writes:

With Labor Day approaching, Omidyar made the program for a perfect marketplace his project for the long weekend. Omidyar had no real idea what people would want to sell, so he just created categories as they occurred to him—computer hardware and software, consumer electronics, antiques and collectibles, books and comics, automotive, and miscellaneous. The computer code Omidyar wrote let users do only three things: list items, view items, and place bids. The name he chose was as utilitarian as the site itself: AuctionWeb. 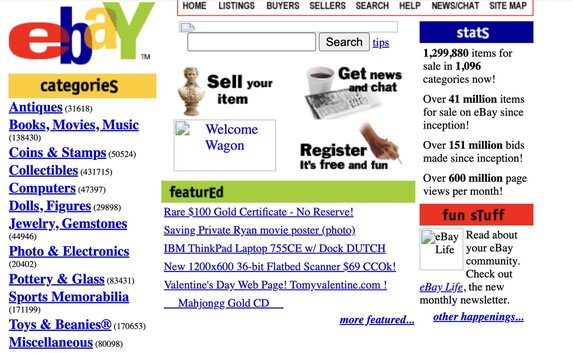 Changing the name to eBay

That spring, Omidyar had formed a sole proprietorship for his web consulting and freelance technology work, which he had named Echo Bay Technology Group. The name was not a reference to Echo Bay, Nevada, the wilderness area near Lake Mead, or to any other real-world Echo Bay. “It just sounded cool,” he says. When he tried to register EchoBay.com, however, he found he was a few months too late. Echo Bay Mines, a Canadian company that mined for gold in Nevada, had gotten to it first and was using echobay.com for its corporate home page. Omidyar registered what he considered to be the next best thing: eBay.com.

As the above examples show, it is ok to start with a placeholder name. Your name should not be an inhibitor for starting your business. You do not have to be great to start but you have to start to be great. That is why we created our accelerator program(s) to help you create something great. Join our 12-week cohort of tech startups for Black founders by Black industry experts.